Awkward is the new-normal. The transition back from virtual to physical contact. 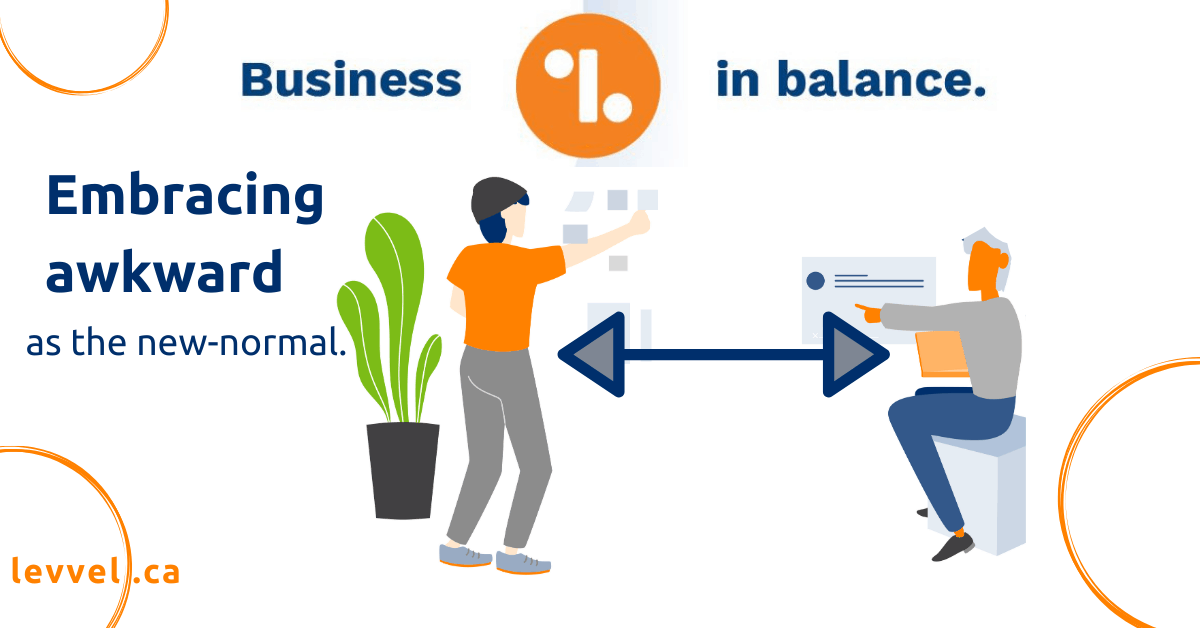 On a normal day, an average person will have physical contact with 5-25 other people. For many who are isolating alone, this may be the longest period in their lives that they’ve gone without human touch. But as more countries begin to lighten lockdowns, we are faced with the problem of how to return to reality. How do we interact with each other in a way that keeps us safe?

“It’ll be difficult to handle”, says Robin Dunbar, emeritus professor of evolutionary psychology at Oxford University. “Physical contact is part of the mechanism we use to set up our relationships, friendships and family memberships,” he says.

Now we’re preparing to go out into the world again and all those ingrained habits may have to stop. The beloved double cheek kiss by our Quebecois neighbors is most likely a no-no. Demonstrating physical emotional behaviour, in general, could cease to be acceptable, and with it, everything we’ve learned about a world normally full of physical contact might change.

Most likely there will be confusion and concern as society tries to adapt to the new normal. “Communications will be slightly more complicated and less nuanced as a consequence. People might misinterpret things as you won’t have the cues you normally would.” Says Cary Cooper, professor of organizational psychology and health at Manchester Business School.

We’re seeing an evolution in norms that may continue even as restrictions ease. We are all watching the news – newscasters don’t share a desk, reporters do virtual interviews, and camera operators set up distanced audio mics for guests. Live programs are showing their hosts from their homes reinforcing the importance of staying distant, including virtual studio audiences. Commercials are either void of human contact, projecting empty streets, parks, restaurants, and concert halls or using mobile device footage to depict an emotion around isolation with laughing video chats, family gatherings around the tablet, and celebrations on a multi-screen. As we evolve and transition, restaurants can welcome patrons to every second table with curbside or drive through pick up more prominent. Dental, physiotherapy, and chiropractic offices will open with mask-wearing, glove touching professionals. Society has proven to be adaptable to a new style of acceptable social behaviour, but are we psychologically ready for yet another new-normal, and what happens when a portion of society isn’t ready?

According to research by pollsters Ipsos-Mori, 70% of Canadians strongly oppose going back to normal. They found the same sentiment reflected elsewhere: 60% of Australians and Americans, 50% of French and Brazilian people, and 40% of Chinese don’t want to reopen society until the virus is tackled.

When a much-anticipated vaccine for coronavirus emerges and physical contact with those outside our immediate household becomes safe, how lasting will our new attitudes to touch be? Everything from greeting a friend with a hug, taking a food sample at a grocery store, shaking hands at the office, or enjoying a night out at a busy theatre. These touchpoint behaviours will all take a second thought.

Cary Cooper admits the handshake may be difficult to shift from. “I can’t see a replacement for the handshake in the near future, at all,” he says. Touching feet and elbows have been attempted replacements to the handshake but the awkward nature of these means they may not last long.

Erika Hughes, academic lead for performance at the University of Portsmouth says it will be difficult to tamp down the physical impulse to go over and greet someone you know when you haven’t seen them for weeks or months. “There’s almost something painful about not crossing that line, even though we know we’re not supposed to,” she says. She equates it with grief, not over losing a friend but losing something important about our connection.

But before we mourn what may be lost, it’s worth thinking about what we might gain. Perhaps a supportive hug will mean more when you must think about who you give them to, and likewise, the kindly hand on the shoulder will have greater meaning.

Hughes foresees a future where we divide our social groups into an inner circle of those, we feel comfortable and willing to touch, and an outer circle with whom we’re more guarded. “It could heighten how we do value touch when you finally get to do it. But to replace something as iconic as a hug or as a cheek kiss, I think is going to require a new choreography,” she says. Many experts agree that an upside is the intentional thought about personal space and acceptable touch.

For most of us, accepting new human touch rituals seems strange, but it’s a chance to rewrite our inherently human practices. For those feeling uneasy, Dunbar has some words of hope. “Touch is not the only mechanism used for physical bonding, evolution from our primate progenitors has given us new ways to feel a connection with others that also trigger endorphins. They’re things like laughter, singing, dancing, telling stories, religious rituals, and so on,” he says – “the things we use in our everyday social interactions.” The Transition from a physical world to a virtual reality was difficult for many, and the transition back will be equally challenging and awkward for some.

The good news is we’re all in this together, and for a period of time ‘being awkward’ may be the new-normal.